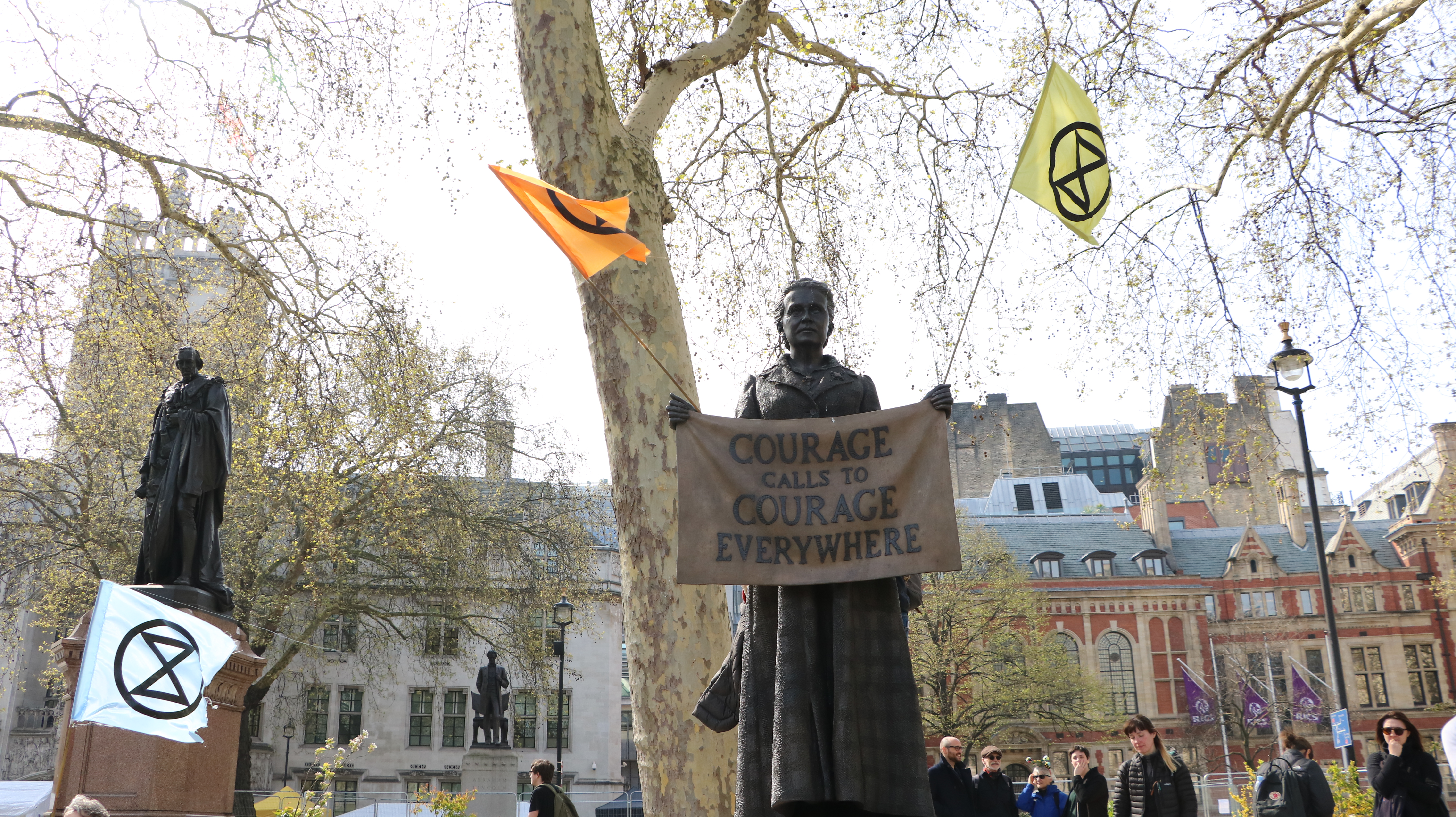 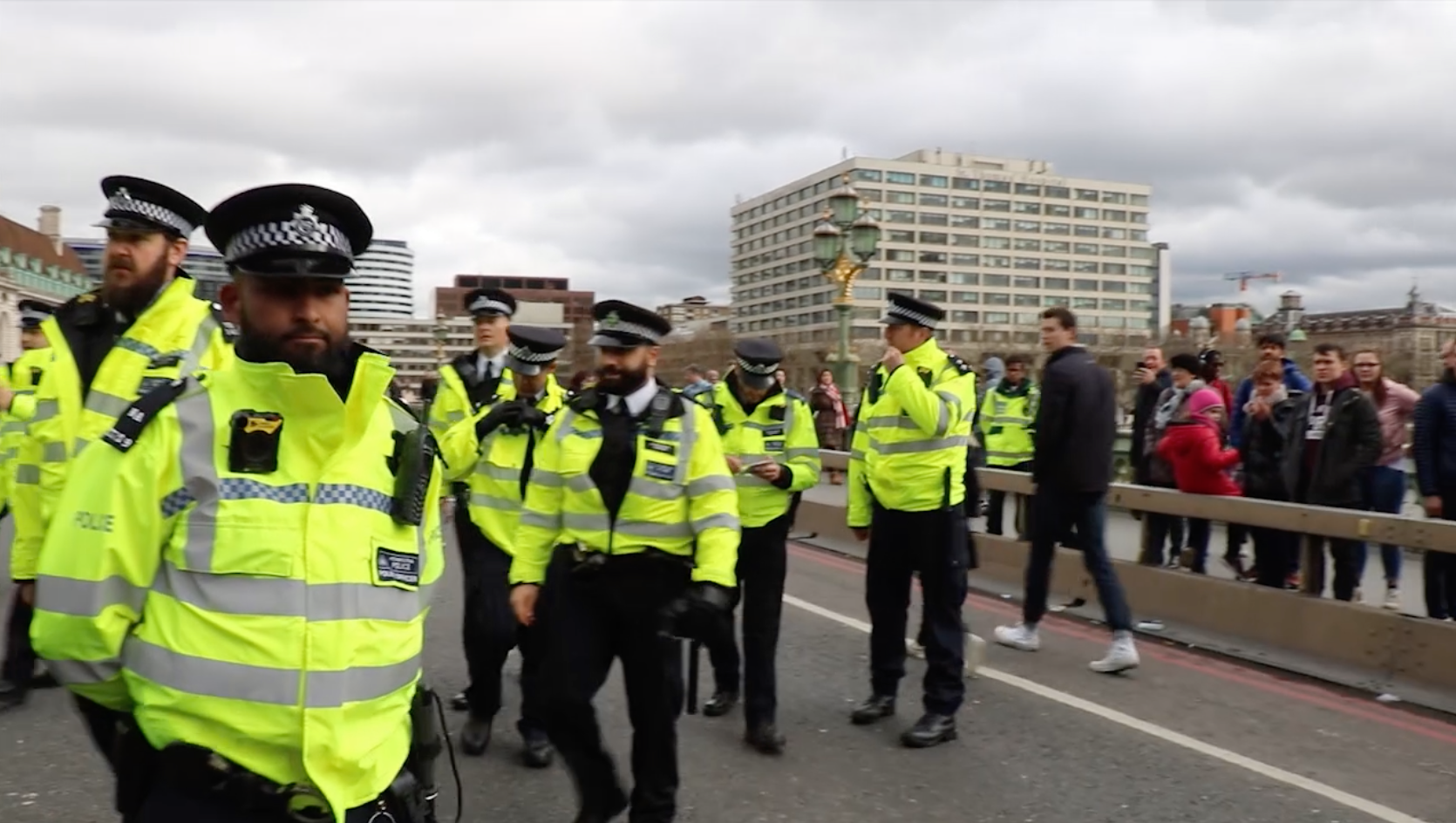 Whose Future? Whose Climate? is a short observational documentary film that follows several demonstrations from the International Youth Strike for Climate and Extinction Rebellion. These two movements began in 2018 in response to a report from the United Nation’s International Panel on Climate Change (UN-IPCC) stating that the world has twelve years left to limit global warming to 1.5 degrees celsius. The report predicted that a rise of even just 0.5 degrees more than this target could lead to 50% more of the global population being subject to water stress from rising sea levels in the coming years; mass crop failures; and the loss of 99% of global coral. To achieve this the IPCC declared that carbon pollution would have to be cut by 45% by 2030, and 100% by 2050.

Despite the UK being on target to meet it’s 2018-2022 carbon target, we are expected to miss our 2023-2027 target and our 2028-2032, by a widening margin. The Extinction Rebellion and Youth Strike for Climate are in part in response to this and in part in response to the very little amount of news coverage about this ecological crisis. As such, the movement has three main demands of governments globally:

In order to have these demands met, on the 15th of April, in 27 countries, protesters took to the streets in acts of civil disobedience; many with the intention of getting arrested. This tactic stems from the movement’s research into the history of revolutions and rebellions which suggests that protest only works when people are willing to break the law and give up their liberty for the cause.

I want to thank Mike Poltorak for quite literally sending me on the path that led to me envisioning and subsequently creating this film. Prior to this project I had always steered fairly clear of debates over environmental issues due to a perceived lack of knowledge in this area; as such, creating this film has been a journey of discovery for me. The activists I’ve met over the past several months have both informed and inspired me to acknowledge and address the seriousness of this issue. I have the upmost respect for everyone who has given up their time and/or liberty for this cause.

For me, this process began with the first Extinction Rebellion demonstration in Canterbury on the 5th of January, 2019. Following the movement’s tactics we blocked a central road going through Canterbury for seven minutes at a time whilst activists gave speeches about the necessity for change. I left this demonstration feeling slightly torn about the movement. I had spent the first hour blocking the road; the second hour, however, I started going to car windows to ask drivers to switch off their engines. The level of abuse we received from some drivers was pretty extreme. Later on the facebook page Canterbury Residents Group, hundreds of comments from locals belittled the movement and the demonstration – the main theme being that blocking the road actually causes more pollution so is counter-intuitive. In a sense, this is something that I agree with. However, after speaking to more people involved in the movement I have come to agree that such disruption is necessary to get the point across: marches and pamphlets have not worked. It was at this first protest that I met Nicholas who kindly agreed to be interviewed at the International Rebellion on the 15th of April. He has been instrumental in the movement, both in Canterbury and London.

Before I started filming, I deliberated for a long while on how to present the movement and the situation. I felt originally that it is too easy and almost cliche to present rebellions as solely positive affairs, that due to the nature of the topic I should create a rather sombre film that really aimed to elicit sadness in the viewer over the negative effects that climate change is having, and will continue to have, if nothing changes. However, as soon as I got to the Youth Strike for Climate it became clear that the atmosphere was overwhelmingly positive and that to present it as solely negative would be a misrepresentation. As such, I have tried to balance these two angles. The fact that we are having to do this is nothing short of terrible; but the fact that there are people uniting to try and bring about change is a fantastic thing. However, the government’s response – arrest and ignorance – is a national shame. As I write, on the 18th of April, over 400 hundred people have been arrested and the government has not responded to the group’s demands.

My methodology revolved around attending the protests and speaking to as many people as possible about why they were there and what they think the solutions should be to this issue. Then, in the editing room, I selected the dialogues that were most representative of both the majority and my own feelings towards the movement. At this point in time, anthropology has almost all but done away with its pretence of illusionary objectivity; I follow this lead. By the time I finished this film, I had come to the conclusion that this movement is both overwhelmingly respectful, non-violent and necessary.