I’ve been advised not to film anything more; the deadline is in four days…. But, I cannot resist. The whole movement has been building up to this point! Protesters have occupied five spots in Central London: Oxford Circus has a pink boat, with a sound-system in, in the middle of the crossroads – protesters are glued to the underside of it; Piccadilly Circus is held by the youth; Waterloo Bridge is being turned into a garden-bridge and has protesters glued to a lorry at one end to stop the bridge being evicted; people are camping in Marble Arch, there are compost toilets in the middle of the road and several makeshift structures dotted around; Parliament Square is held on all four corners by different blockades. The rebellion has begun. 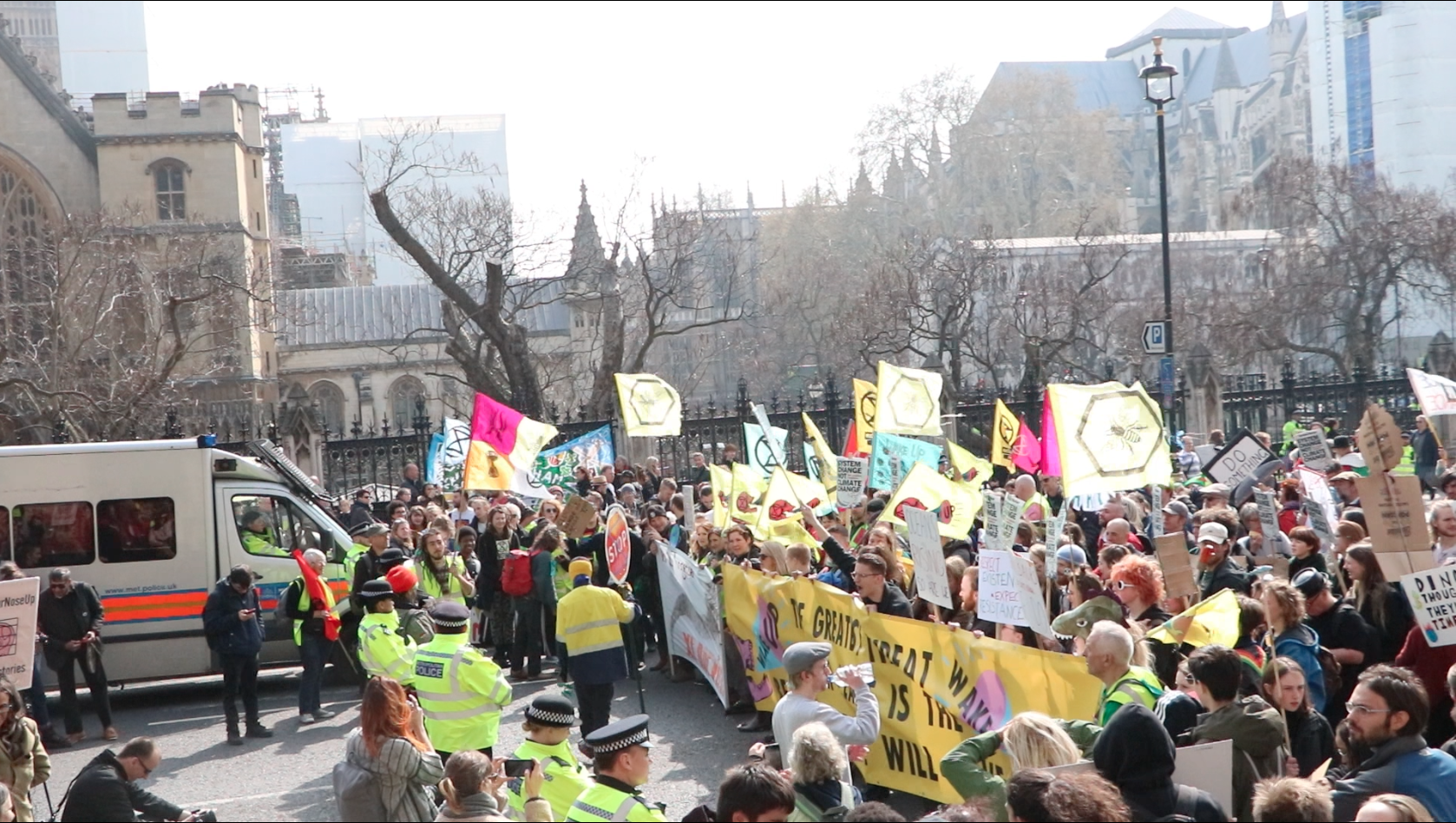